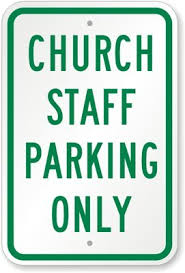 In a letter dated March 1, 2019, ECFA joined a coalition of religious nonprofit organizations renewing the appeal to Congress to fully repeal section 512(a)(7) of the Tax Cuts and Jobs Act which places a burdensome tax on churches and nonprofits for the parking and transit benefits provided to their employees.

Drafted by the Ethics & Religious Liberty Commission of the Southern Baptist Convention and co-signed by a number of organizations of wide ecumenical scope, the letter seeks a swift response from Congress as churches and nonprofits face the task of filing the necessary 2018 documents to pay the tax.

The letter is addressed to Chairman Richard Neal and Ranking Member Kevin Brady of the House Ways and Means Committee, and marks the continuation of a campaign to repeal 512(a)(7), largely spearheaded by ECFA, which began in early 2018 shortly after the implications of the little known provision were discovered.

The letter acknowledges that while recent guidance from the Treasury Department on how to calculate the tax has “offered some relief,” the administrative burden on churches and nonprofits continues, and the tax will result in these organizations being “forced to shift resources from serving their charitable mission to dealing with paying this burdensome federal tax.”

Therefore, the coalition calls for a full repeal of section 512(a)(7) before the tax filing deadline for Form 990-T.

Read the Full Letter Calling for the Repeal of the Nonprofit Parking Tax Here.
Posted by Michael Martin at 6:00 AM

Integrity Matters is full of helpful tips and resources in the areas of church finance, governance, and administration, plus inspiration from ECFA on why financial integrity is so crucial before givers and a watching world.