In today’s culture, churches are increasingly faced with legal challenges and considerations when striving to operate their ministry with the utmost integrity and accountability. A recent ECFA webinar addressed several important legal topics facing churches today.

ECFA President Dan Busby was joined on the webinar by attorneys Steven Goodspeed and Mark Francis Juba of the firm Middlebrook Goodspeed, PLLC.  Some of the questions addressed included:


The webinar also included a time of Q&A. Click here for a recording of the webinar.

Posted by Michael Martin at 8:37 AM

The Freedom From Religion Foundation (FFRF) is back in court to challenge another longstanding exemption in the U.S. tax code for churches.

This time, the atheist organization is targeting the church exemption to filing the Form 990, an annual information return which most public charities are required to file each year with the Internal Revenue Service and make available for public inspection. The Internal Revenue Code has never required churches to file such a form given concerns over preserving the proper degree of separation of church and state, with the current exception for churches in Section 6033(a)(1)(3).

FFRF attempted a similar challenge to the Form 990 church exemption several years ago, only to have its case dismissed in 2014 for lack of standing. Shortly thereafter, FFRF formed a separate humanitarian charity, Nonbelief Relief. Since its inception, Nonbelief Relief has intentionally failed to file the Form 990 for three consecutive years so that its tax-exempt status would be revoked by the IRS in an attempt to gain standing. 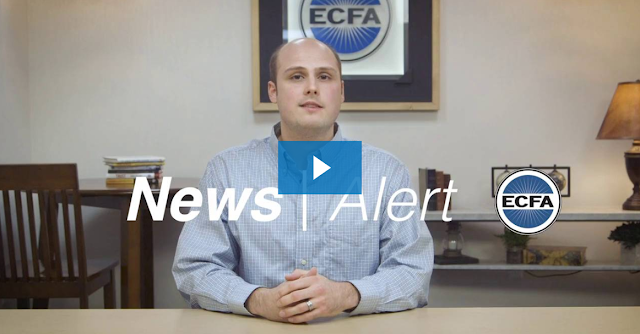 Posted by Michael Martin at 8:32 AM

You may know what ECFA is (the Evangelical Council for Financial Accountability) but you may not know about our free resource community for churches, ChurchEXCEL. Here at ECFA, our leadership is passionate about serving the church, and offering these resources for free is something we are very excited about. If you are a church leader or administrator, or happen to know one, we invite you to take full advantage of this amazing community.

Since churches are the fastest-growing segment of ECFA’s membership, we are always asking ourselves: How do we continue to best serve the local church? We look forward to answering that question with more resources on even more topics relevant to you and your ministry. If you haven’t already, check out a host of available freebies from ChurchEXCEL. Catch a webinar, download an eBook, or explore the Knowledge Center.

For a great discussion on what ChurchEXCEL can do for your church, check out this podcast as we welcome ECFA’s newest staff member, Dr. Warren Bird, and discuss all ECFA has to offer.

Church administrators provide the support system for all the ministry that happens on Sunday morning and throughout the week. Your role may be unique, but you’re not the only one who has ever been there.

In a recent ECFA podcast, Phill Martin from The Church Network offered insight into lessons church administrators of all backgrounds can learn from. He also shared trends for churches to be aware of and prepared for:

The privileged nature of church has shifted. There are many activities competing for people’s time on Sunday morning, and church attendance is not the priority it was in previous years. Sporting events, business hours, and a cultural shift of priorities all clamor for attention. If you are feeling this change at your church, it is not uncommon - but it may require additional changes and new approaches.

Legal issues are on the rise. This has been a topic brought up in a few podcasts, as litigation involving churches is more and more prevalent for a variety of reasons. Whether it involves church facilities or experiencing pushback when establishing a new location, churches should be prepared and aware.

Church has different connotations today, and not all of them are good. Due in part to failures in some local churches, as well as the shifting culture, ministry is no longer as honored a profession as it once was. The sense that church is something that “everyone does” is not the case anymore, and it affects how church administration is done.

Engagement is critical. Churches that are successful and growing are probably not looking to a seminary or denomination or another church to say how they should function. Rather, they tend to look at their community, find what is needed, and pair that need with the unique strengths of the congregation. This directs the efforts of members of the congregation to serving the community. Church growth is a natural byproduct of engaging with the world by responding to real needs.

Communication methods are different. If your only communication is Sunday morning announcements, that is no longer effective. Most communication takes place outside of the building, and, more prevalently, online. The change comes with a greater opportunity than ever before to reach the community your church desires to serve and lead to Christ. Developing sound social media platforms and strategies is a great place to start.

For more discussion and resources to keep you up-to-date, tune in to the full podcast.

Posted by Michael Martin at 8:00 AM

Leading from a Heart of Service 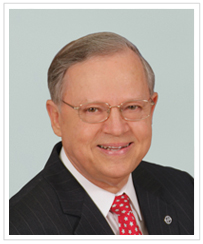 Following in a legacy left by his parents, Dan Busby has a God-inspired desire to serve. His unique experiences are being used by to accomplish great Kingdom work through ECFA.

If you were to walk into Dan’s office, you might notice tucked behind the door a display of his business cards from throughout his professional career. Each role prepared Dan to serve in an even greater way at a later time. Dan has accumulated a history of experience related to each of ECFA’s three pillars: governance, financial management, and gift administration. His heart for Christ-centered ministries and leaders has aligned with ECFA’s resources and service to that audience.

Listen in as Dan shares his wisdom in the ECFA Podcast: Leading from a Heart of Service.

For more insight and inspiration from Dan, check out Trust: A Firm Foundation for Kingdom Fruitfulness, as well as a host of other books available from ECFAPress.

Posted by Michael Martin at 5:50 AM

Integrity Matters is full of helpful tips and resources in the areas of church finance, governance, and administration, plus inspiration from ECFA on why financial integrity is so crucial before givers and a watching world.